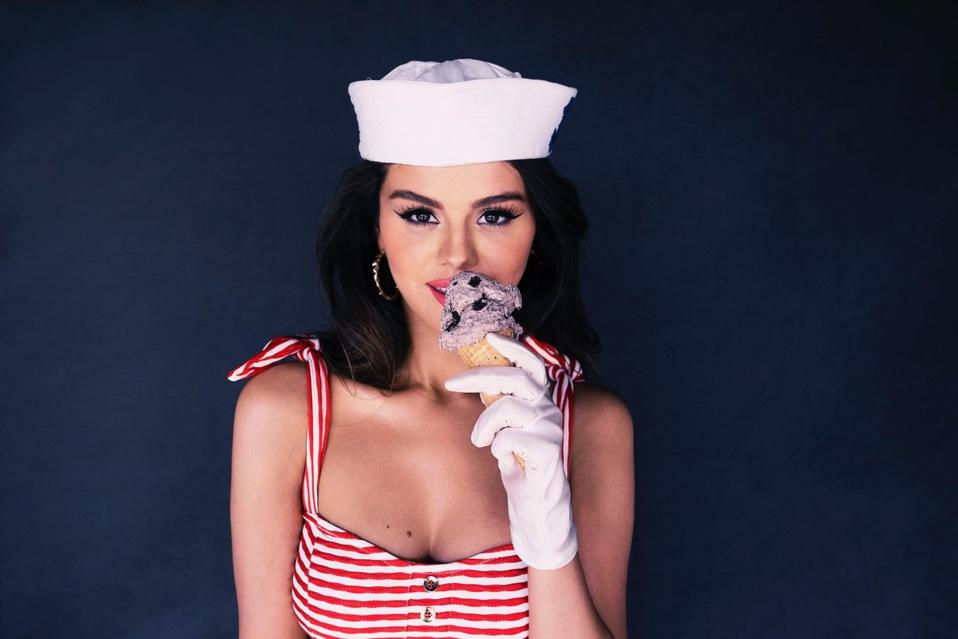 Earlier this year, Selena Gomez fans enjoyed a sweet treat from the star. She teamed up with Korean pop group Blackpink to release the chart-topping hit “Ice Cream,” but there was so much more that went into the collaboration.

Prior to the drop, Gomez became an owner and investor in the popular New York City-based ice cream brand Serendipity. In the months leading up to the song’s premiere, Gomez thought there was no better way to celebrate than with a new ice cream flavor inspired by the single. This was how Serendipity’s Cookies and Cream Remix featuring pink vanilla ice cream and thick black fudge swirls with cream-filled cookie pieces came to life.

Imagine being in the office when this exciting partnership was announced. To let us in on exactly everything that went on behind-the-scenes, Forbes did a joint interview with Gomez herself and CEO of Serendipity Brands, Mark Smolin. The duo gave us the complete rundown with Smolin mentioning how Gomez and her team were a breeze to work with while the musician turned ice cream connoisseur couldn’t help express her excitement about how the campaign played out.

It’s clear that Gomez has a true vision for her involvement with the company and this is because she’s always been a fan of the iconic brand. We have no doubt there’s so much more to come, but until then, scroll through the exciting Q&A ahead and not grab a pint of the frozen dessert while you’re at it? Gomez’s flavor may have dropped over the summer, but it’s still available online and in select stores across the country.

Isis Briones: How did the amazing idea of a new flavor come about?

Mark Smolin: “Selena helped us devise the flavor. Selena’s great, she has a ton of vision and she’s a long-time fan of the restaurant. We worked with her on the flavor we had and she modified it, which we really did in a matter of several weeks. The pink ice cream is a blend of vanilla ice cream with pink flavored coloring, so that’s how we got the pinkness. The black, we have the fudge swirls, and the chocolate cookies in there work to make a black and pink combination.”

Click here to cancel reply.
Donate
Please donate to help with the site, this would go towards hosting, domain renewals, pictures and more! All donations are appreciated and will feature on a credits page! DONATE HERE
Current Projects